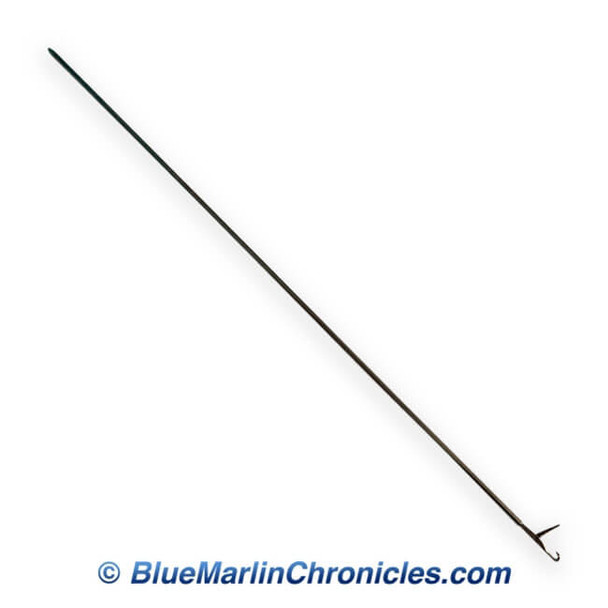 The design of the DaHo Reverse Latch needles came from Jerry Brown, a pioneer in the development of hollow spectra fishing lines, and owner of Jerry Brown Industries in Goldhill Oregon. Jerry's reverse latch needle design features unique characteristics that allow for easy applications, and use.

In the past, one of the first tools available to work with hollow lines were latch needles that originally came from fabric knitting machines. They are still used today, but as the line materials have evolved, having much smaller fibers, trying to feed the latch needles into the new spectra lines tends to damage their fibers. The main reason for their use was that they have a latch mechanism that can be opened, releasing a line that was being used to complete the task, such as making a loop.

The loop creation and splicing techniques require that line be released by the tool while it is threaded up another line. Traditional loop splicing needles will not work in these situations. When releasing threaded line the DaHo Reverse Latch Splicing Needle will allow the latch to open, releasing the line held by the latch when needed. Since they are now attached to Daho threading needles, you never have to feed the latch in to the hollow spectra line. When using the DaHo Reverse Latch needle the latch is always the trailing end of the tool.

We are offering three sizes of the Reverse Latch Splicing needle:

Click Here for a guide to needle size selection and a list of monofilament manufactures lines & line Diameters.