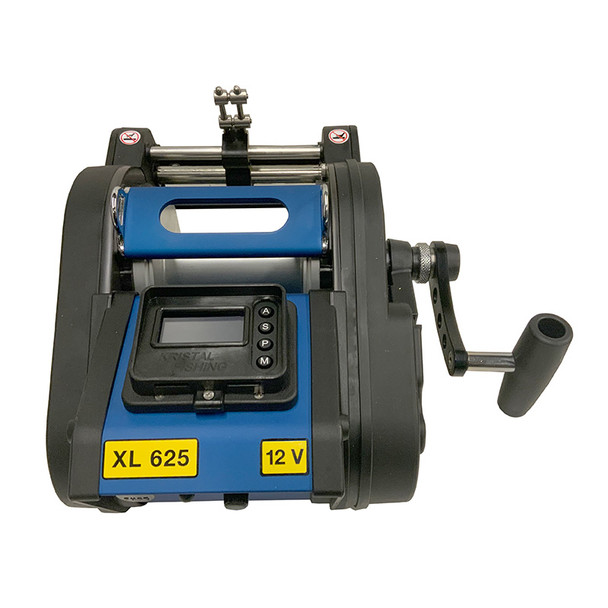 The 24 volt Kristal 625-DM LW is an ideal deep drop reel for a wide variety of fish including grouper, snapper, tilefish, amberjacks, and others. This reel features the necessary power for occasional swordfishing. The aluminum spool allows this reel to be used with both spectra and nylon monofilament lines. This model is ideal for swordfishing, the line capacity allows for 2500 yards of 65 LB test braided fishing line.

We recommend the 24 volts Kristal 625 DM LW to those customers who have pre-existing 24 volt systems aboard their vessels.

The 24 volt XL 625 DM LW features a manual handle that allows the user manual, electric, and power assist operation. In addition, this reel feature programmable features that allow a wide selection of fishing options to the angler: